Iliotibial band friction syndrome (IT BAND SYNDROME) is one of the common causes of “Runner’s Knee”. This is again a type of overuse injuries in runners. Being an overuse injury, it is caused by repeated trauma rather than a specific incident.

The ITB attaches to a bony prominence on lateral femoral condyle on the outside of the knee. The IT band slides forwards and backwards across this bony prominence with movement. This repetitive sliding can create excess friction, especially when the knee is bent at 30 degrees, which commonly happens just as foot strikes the ground in running. At this region of 30 degrees of knee flexion the structures on the lateral aspect pinches or irritates, thereby producing IT Band Friction Syndrome 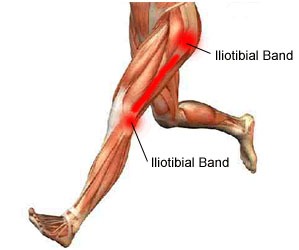 The ITB, or Iliotibial band, is a long, thin band of fascia that runs down the outside of thigh. Superiorly it is attached to Tensor Fascia Lata (TFL) muscle and Gluteus Maximus, and, at the bottom it attaches to tibia and femoral condyle. It also sends few fibers to the patellar retinaculum. 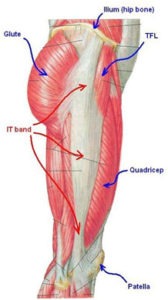 Essentially IT Band friction syndrome is caused by altered running biomechanics due to underlying muscular imbalances. The biomechanics can alter because of muscle imbalance (weakness or tightness), fatigue and ground impact issues.

The most common causes include,

The symptoms of IT Band Friction Syndrome vary in severity. The most common symptoms include:

A thorough evaluation by a Physiotherapist can easily diagnose IT Band Friction Syndrome. The most important part is discovering the contributing factors of the problem. If this isn’t determined IT Band friction syndrome will reoccur after sometime. Normally any further investigations, such as scans are not required.

In severe cases, a Z-lengthening procedure is undertaken to surgically lengthen the IT band. During the process debridement of irritating structure that overlies the femoral condyle is done. This is the last resort as most cases respond well to conservative treatment or physiotherapy.

As in all orthopaedic cases of surgery, post-operative rehabilitation is the most important part and should not be neglected. The most successful and quickest outcomes result from the guidance and supervision of an experienced Physiotherapist. 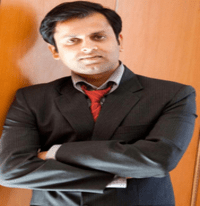